A quick roundup of my books of the year, so far… 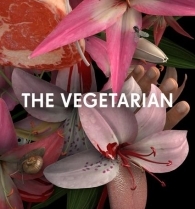 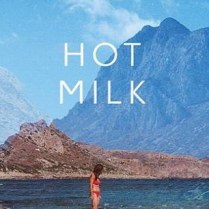 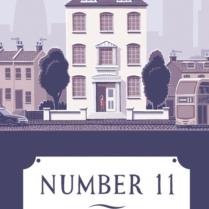 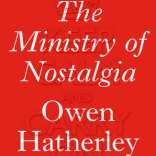 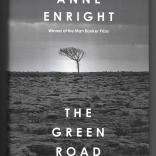 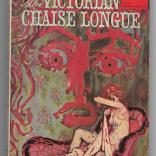 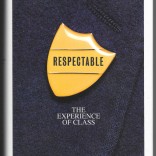 I couldn’t have been more pleased to see Deborah Levy’s ‘Hot Milk’ on this year’s Booker Prize long list. It’s a mesmerising, psychological tale of mothers and daughters and lovers and fathers: Freudian, funny, hot and sticky. Hurrah! And if you love this, follow it up with Helene Cixous’ essay ‘The Laugh of the Medusa’ .

Another favourite was Marghanita Laski’s ‘The Victorian Chaise Longue’, a horrible warning to the gentrifiers which is as chilling and as pertinent today as it was when first published in 1953.

I’veach always found Anne Enright‘s novels hard work but ‘The Green Road’, about grown up children returning to the family home is an almost perfect book: minutes slip quickly into hours as the ties that bind families reveal themselves as delicate and intricate networks of love and pain.

It’s been a long time since Jonathan Coe‘s masterful 1980s satire ‘What a Carve up’ and, for me at least, something which Mr. Coe seems unable to match. ‘No.11’ may not be quite up there, and as a satire on modern Britain it doesn’t quite hit the mark but it is thought provoking and never less than entertaining. (Having said that, is Britain in 2016 beyond satire?)

Lynsey Hanley‘s ‘Respectable‘ is a look at what it means to move up through the classes, from working class to middle class in modern day Britain. Hanley is part of a clutch of new writers who are trying to make sense of what it now means to be left-wing  in our strange new world. I loved how Hanley describes her resolutely working class upbringing on a housing estate in the midlands fondly, but never with sentiment. So much of the book rings true and, unlike many other writers on class, she nails exactly what keeps working class people down and allows those above to rule and continue to rule: neither money nor connections (they do help, of course) but the confidence hot-housing which equips Tarquin and Jemima to take on all-comers and win.

Owen Hatherley has, for some time,  been writing about modernist and brutalist architecture and what it says about our society since its hope-filled creation and the subsequent desire for its destruction. With ‘The Ministry of Nostalgia’ Hatherley extends his vision to our current obsession with ‘authenticity’ and our retreat from the present into an increasingly idealised and fetishized past. While Hatherley’s options for moving forward are flimsy, the book is a perfect antidote for those (and I admit to being one of them) who look to the idealism once embodied by the creation of the NHS, of public housing and the Festival of Britain as ideals for living. As he carefully points out, these were a product of their time and harking back to them does nothing to address the issues we face today. An essential read.

The Vegetarian’ by Han Kang is a strange novel written in cool, measured prose about the rebellion of a South Korean woman against society and gender and her demand for a different  kind of life. While beautiful and poised the book’s icy heart makes it hard to love  but, like a lightening strike from another planet, Kang’s novel is like nothing I’ve else I’ve read and all the better for it.

…those which have disappointed… 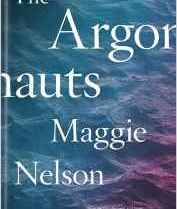 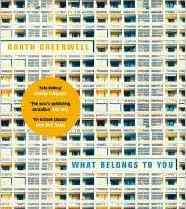 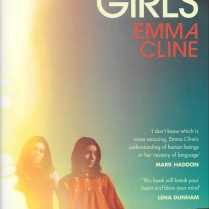 ‘What belongs to you’ by Garth Greenwell received fabulous reviews on its launch, with most taken by the tale of a well off gay man lusting after a ‘charismatic young hustler’ in Sofia. Hanya Yanagihara (‘A Little Life’) has spoken of the books ‘well-known narrative’, something which I feel makes the book old fashioned. From the 19th century fin de siècle figures of the rich playboy corrupting poor innocents, this narrative plays down across the years, with Greenwell taking on board Alan Hollinghurst’s mannered prose to produce a novel which does nothing new, apart from repackaging the tired cliché of the predatory gay man.

Maggie Nelson‘s ‘The Argonauts’ is a fascinating, challenging attempt at a new form of biography for a new metamorphosis of the family unit. it provides much food for thought but ultimately presents few conclusion or pointers for a queer future, implying that the way forward is to fall into line.

I was so looking forward to ‘The Girls’ by Emma Cline, perhaps a little too much…Set in the arse-end of the 1960s, it tells the story of a teenage girl who falls in with a hippy-style cult, leading to very nasty things indeed.  But Cline’s novel never really convinced me as to why the protagonist would have joined the cult in the first place, let alone stayed with them. In fact, the only thing which rang true was the image she paints of the protagonist as an adult, who sees the horrible sexism of her youth repeated in a later generation and does nothing to stop it. Hippies: right-wing selfishness repackaged in flowers, bells and smells…

…and those which I am pant-wettingly excited about…

Zadie Smith: ‘Swing Time’: ‘Two brown girls dream of being dancers – but only one, Tracey, has talent. The other has ideas: about rhythm and time, about black bodies and black music, what constitutes a tribe, or makes a person truly free. It’s a close but complicated childhood friendship that ends abruptly in their early twenties, never to be revisited, but never quite forgotten, either… Dazzlingly energetic and deeply human, Swing Time is a story about friendship and music and stubborn roots, about how we are shaped by these things and how we can survive them. Moving from north-west London to West Africa, it is an exuberant dance to the music of time.’

Ali Smith ‘Autumn’: ‘Fusing Keatsian mists and mellow fruitfulness with the vitality, the immediacy and the colour-hit of Pop Art – via a bit of very contemporary skulduggery and skull-diggery – Autumn is a witty excavation of the present by the past. The novel is a stripped-branches take on popular culture, and a meditation, in a world growing ever more bordered and exclusive, on what richness and worth are, what harvest means. Autumn is the first instalment in Ali Smith’s novel quartet Seasonal: four standalone books, separate yet interconnected and cyclical (as the seasons are), exploring what time is, how we experience it, and the recurring markers in the shapes our lives take and in our ways with narrative. From the imagination of the peerless Ali Smith comes a shape-shifting series, wide-ranging in timescale and light-footed through histories, and a story about ageing and time and love and stories themselves.’

Michelle Paver ‘Thin Air’: ‘The Himalayas, 1935. Kangchenjunga. Third-highest peak on earth. Greatest killer of them all. Five Englishmen set off from Darjeeling, determined to conquer the sacred summit. But courage can only take them so far – and the mountain is not their only foe. As the wind dies, the dread grows. Mountain sickness. The horrors of extreme altitude. A past that will not stay buried.And sometimes, the truth does not set you free.’

Douglas Coupland ‘Bit Rot’: ‘In Bit Rot, Douglas Coupland explores the different ways in which twentieth-century notions of the future are being shredded, and creates a gem of the digital age. Reading the stories and essays in Bit Rot is like bingeing on Netflix . . . you can’t stop with just one. ‘Bit rot’ is a term used in digital archiving to describe the way digital files can spontaneously and quickly decompose. As Coupland writes, ‘Bit rot also describes the way my brain has been feeling since 2000, as I shed older and weaker neurons and connections and enhance new and unexpected ones’. Bit Rot the book explores the ways humanity tries to make sense of our shifting consciousness. Coupland, just like the Internet, mixes forms to achieve his ends. Short fiction is interspersed with essays on all aspects of modern life. The result is addictively satisfying for Coupland’s legion of fans hungry for his observations about our world. For almost three decades, his unique pattern recognition has powered his fiction, and his phrase-making. Every page of Bit Rot is full of wit, surprise and delight.’

Eimar McBride ‘The Lesser Bohemians’: ‘An eighteen-year-old Irish girl arrives in London to study drama and falls violently in love with an older actor. This older man has a disturbing past that the young girl is unprepared for. The young girl has a troubling past of her own. This is her story and their story. The Lesser Bohemians is about sexual passion. It is about innocence and the loss of it. At once epic and exquisitely intimate, it is a celebration of the dark and the light in love.’